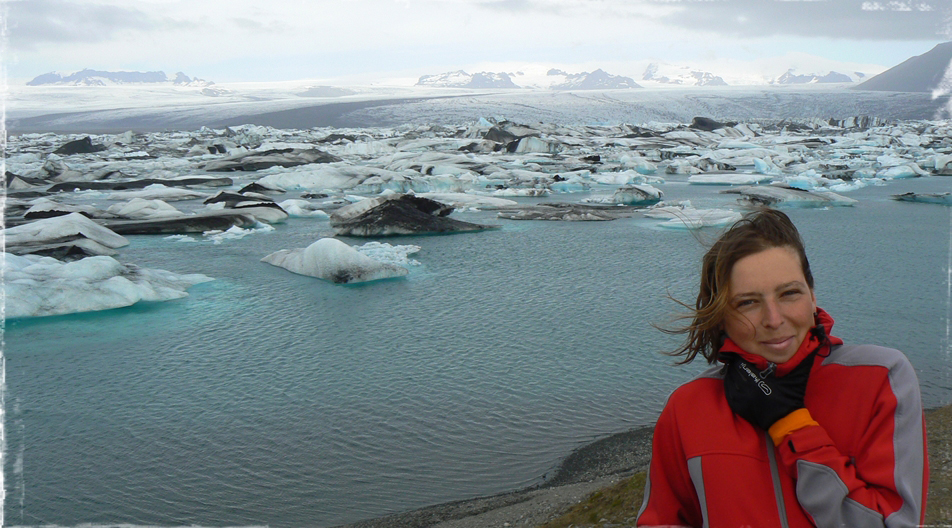 Iceland – the Land of Adventure

Iceland had cast a spell on me long before my trip and kept whispering enticingly in my ears. First, she beckoned me on her trail and robbed me of sleep many a night, and then she wrote her name on my flight ticket.

Before our first encounter, I was simply mystified and couldn’t think about anything else but her and I knew I wasn’t alone; my two travel companions – my current husband and our mutual friend, had also caught the bug).

The Inspiration Behind this Trip

I am extremely grateful to this island for instilling this obsession in me. Several months prior to my departure, I looked at countless pictures and watched numerous videos of this beautiful and isolated piece of land. In order to physically prepare myself, I trained three times a week so that I would be ready to tackle the inevitable obstacles. In my eyes, every road became an Icelandic road, abound with gravel and stones. I’m crazy – but this madness was positive. I was carried by curiosity, excitement and optimism, because everything was unknown, undiscovered and … a first. First of all, the first bicycle expedition – because if you’re going to do it, you better do it right!

We had a lot of emotions right before the departure. After all, you had to pack not only bicycles, but also trailers – and that somewhat complicated the matter. We packed throughout the night until the morning of the flight, by which time we had become compression masters. Our packing was done so masterfully that the airport employees couldn’t help but show each other the x-ray images.

Well – the flight was also the first for us. Due to the overwhelming excitement of all of these factors, we didn’t get any sleep despite the fatigue of the previous sleepless night. Upon touching down, at about one o’clock in the morning we laid our bundles in front of the terminal building. It took us around three chaotic hours to unpack and get prepared, but we managed to set off at around 4 o’clock.

One bicycle was packed with panniers, and the other two were towing trailers. Well, in retrospect it seems terribly silly to me, but we set off with our trailers without getting any rest. I had never strapped a trailer to a bicycle before. Weighing 30 kgs, the trailer was going to be my companion for hundreds of kilometers through various terrain. However, this was not a problem for me at the time. The problem was lack of sleep for nearly 50 hours. After covering the first fifteen kilometers, our bodies proved that you can doze off while riding a bicycle. Our adventure in Iceland began with a quick pitching of the tent and a morning nap

The dream has become a true

The adventure on the island began with a dream, but it did not end in a dream… After an hour’s nap, Iceland welcomed us with everything that was interesting and fantastic enough to regularly leave us speechless. First, we headed towards Pingvellir Park, the geyser and the majestic Gullfoss waterfall. The very first views were breathtaking and taught us even more humility towards nature. It soon turned out that the 100 kilometer days that we had planned were too ambitious and mother nature had different plans for us. The asphalt quickly ended and the real, rugged Iceland started to expose herself to us. This is where the real struggle began and quickly we realized we would need to dig deep because the island was not going to give up her secrets easily. On our side we had a strong will and desire to conquer whatever terrain and condition we faced.

Meanwhile, every Icelander we encountered praised this summer as a mild and pleasant one compared to their average summer.

Adversity on the Way

The interior of the island was proving to be a challenge, with its dust, wind and uphills. On our first 5-hour day, we managed to cover a measly 35 km, and on the second, slightly over 50 km. In addition, the second day brought with it cold, rain and a temperature drop. The planned 100 km a day was out of reach. A swim in the middle of the mountains in the geothermal pool brought relief only for the body; our minds were still slightly hurt. So hurt that the next day we asked a bus driver (yes, buses do pass by) to take us along. And he took us all, smiling: „This is Iceland, it rains and it’s always windy.”

When we made up about 200 km, we got on our bikes and headed towards our next destination on the comfort of an asphalt road. It was a town from which boats set out for whale watching. We also decided to do some whale-watching which I was very excited about. However, with each rapid tilt of the boat, the excitement drifted away as did everything I ate in the morning. Even the whales did not impress me anymore. The waves also flooded us from head to toe to such an extent that before setting off for our next destination we had to change our clothes. Therefore, we rode our bikes in massive, mountain boots – but dry!

Our next destination was the Dettifoss waterfalls, which we barely observed through a fog thick as milk; you could hear them more than you could see them. Well – maybe next time I will see them more clearly.

The Eastern Fjords that we followed later turned out to be a bit underwhelming. Three days of riding with a view of the hills on one side and the sea on the other side. Although the shore is right at your fingertips all along the way, you have to keep going. But Iceland had another surprise for us – the ubiquitous wind wouldn’t let us off without flexing it’s muscles. But we were not in the mood for throwing in the towel either.

Along with all the equipment, we rode tilted at an angle of 45 degrees to neutralize the force of the wind. The strong blasts constantly pushed us from side to side, but we didn’t give up. This is where our daily record of 118 km was set. And five days in a row we were able to ride 100 km – also thanks to Iceland’s white nights. However, the wind did not give up. We even ate while riding, in order to avoid stinging gusts when stationary. Finally, we set up the tent at the end of the day in hats, hoods and warm gloves. We were determined to reach a wonderful ice lagoon, Jokulsarlon, the next day.

When we arrived at the Turquoise lake, we had to admire its beauty and delight the eyes and soul. This splendid view definitely boosted our morale and gave us a kick for the next stretch of the trip.

And with this kick, we rode further, on the southern part of Iceland’s main (and only) road. We saw the Skaftafel park and the tongue of the glacier. From below and above we saw the beautiful Skogafoss waterfall, then headed to the Dyrholaey peninsula. The plan was to see black beaches and, if lucky, puffins. It worked and it was an unforgettable experience, but it was not easy. On the way, we were attacked by a flock of birds defending their territory. It’s really hard to hold the handlebar while stripping away from aggressors. Fortunately, we left the „dangerous” area quickly and later camped next to a private hut for free.

Go back to reality

Finally, we headed towards the last point of our trip – The Blue Lagoon. Oh yes – we deserved such a luxury after the hardships of this trip. By this point, we had fought against the wind, the roads, dust, time and also with ourselves. We cycled almost 1,400 km in 16 days. It was such a relief to soak our muscles in warm water and raise a winning toast at the end of the campaign.

The culmination of the trip was meeting a Pole who was keeping our cardboard boxes for the bicycles. He not only hosted us for the night but also offered us Icelandic specialties. The next day he also drove us to the airport. This is how our wonderful and unforgettable cycling adventure in Iceland ended. I left a piece of my heart there and plan to go looking for it next year. I will probably also find wind, dust, and rain, but … that’s another reason why I will go!

Here you can find an amazing video of our german friend Sebastian Doerk – who is a traveler and explore the world on two wheels too. Absolutely we recommend to watch his document from Iceland.

Hygiene on trips – ABCs of hygiene away from home